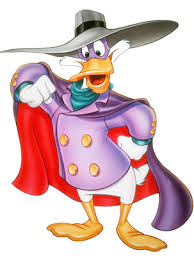 Back when I was at Roosevelt University, I took a class on the Rhetoric of Economics and the Social Sciences, which used Dierdre McCloskey’s The Rhetoric of Economics as the primary textbook. It’s a really useful book for understanding the element of persuasion in scientific writing. We also used McCloskey’s extremely concise guide to style Economical Writing – which includes a specific advisement to “control your tone.” I think a great many folks on the left could use a strong dose of this particular idea these days. Especially Robert Reich.

This morning he wrote a Facebook post that began with “The New York Times no longer reports all the news that’s fit to print but only the news fit for Hillary Clinton.”

Back in January he wrote “Krugman doesn’t get it…that real change happens only when a substantial share of the American public is mobilized, organized, energized, and determined to make it happen.”

A month and half earlier he wrote about a speech from Speaker Paul Ryan, “Ryan clings to seven dumb ideas that are also cropping up among Republican presidential candidates.”

If you want a measured, reasonable, non-partisan consideration of the Republican Budget Proposal in the House of Representatives, here’s what that sounds like:

In an apparent attempt to appeal to archconservative members, the House Republican budget is a highly ideological document that proposes extreme policies in several areas.  It would decimate large swaths of the federal government, shrinking spending outside Social Security, Medicare, and interest payments to 7 percent of GDP by 2026 — less than three-fifths of its average of the past 40 years (see chart) and only a little more than half its average level under President Reagan.  It features particularly severe cuts in programs to help poor families and others of limited means.

Notice how, despite pointing out in no uncertain terms that the GOP budget proposal is an ideologically driven austerity nightmare, it doesn’t say anything about Republicans being stupid. Because they aren’t. And it doesn’t do you any good to say they are, it just makes you sound dumb yourself.

Paul Krugman, reviewing Robert Reich’s most recent book, was critical, but basically said that he agrees:

To be honest, I have mixed feelings about this sales pitch. In some ways it seems to concede too much, accepting the orthodoxy that free markets are good even while calling for major changes in policy. And I also worry that the attempt to squeeze everything into a grand intellectual scheme may distract from the prosaic but important policy actions that Reich (and I) support.

For the last couple of months there has been quite a lot of fiery “Smash the capitalist patriarchy!” rhetoric coming out of the left, in particular from folks supporting the Bernie Sanders campaign. Last night’s primary votes put a bit of a damper on all that. What I find extremely disheartening is the feeling that people don’t really care about actual politics – smashing capitalist patriarchy is exciting and sexy, but incremental reform is boring.

Matt Yglesias yesterday wrote a really nice piece about how Bernie Sanders could use his tremendous success as a campaigner to help move progressive ideals forward. The fundraising organization he’s built up in the last 9 months was been astonishingly effective, and he could potentially use his clout to lead a new generation of American voters to engage at the polls in not just Presidential elections, but the crucial mid-term elections (like the ones that sank Obama’s first administration). If Sanders’ candidacy was really about a political revolution, there isn’t any reason that can’t keep moving forward.

And I do hope that at least some of the folks who voted for Bernie in the primaries will also vote for Clinton in the election (I mean, unless Sanders pulls off the greatest comeback of all time starting right now). On the other hand, you can find posts like this one from Naked Capitalism, where the author writes:

My personal view, wholly unbacked by any evidence other than bitter experience, is that Clinton and the Democratic Establishment affirmatively do not want Sanders or Sanders voters. As neoliberals, they hate even a whiff of socialism, because markets, and more importantly they hate his small donor model, because it would lay waste to their personal networks in the political class, and deprive them of the pleasure of servicing squillionaires and suits.

My personal view here is that the idea that the Democratic establishment will ever attempt to appeal to the “bitter”/”cling to” types that they threw under the bus in 2008 is highly unlikely; being Democrats, they don’t express their hatred of the working class as viscerally as the National Review, but it’s simply foolish to think it’s not there.

I really wish the author had written instead “The Democratic establishment betrayed the working class already in 2008, and it would be foolish to expect them to reverse their position now.” But my point in presenting these quotes is to show that the writer does not trust the Democratic party – the point of the Sanders revolution, in the expressed views of this author at least, was seemingly to wrest control of the Democratic party from the coalition of interests which constitute it now and establish it as the party of the Social Democratic Left. Which I, personally, find absurd.  But as Albert Camus once wrote, “At any streetcorner the feeling of absurdity can strike any man in the face.”

People seem to get angry when publications don’t reflect their personal views, when political parties don’t tell them what they want to hear, when scientists don’t confirm their expectations. There’s that amazing scene in the play Inherit the Wind where the Clarence Darrow character brings the William Jennings Bryan character all the way to the threshold of observing that evolution is not at odds with the Bible, and Bryan just stares at him, dumbfounded, unable to go on. So much of public opinion is like this – again, to quote Camus “It is always easy to be logical. It is almost impossible to be logical to the bitter end.” I imagine that if you sat an Occupy Wall Street protester down and explained very carefully to them how banks work and how large, strategically important financial institutions are not necessarily mutually exclusive to having a functional democracy (i.e. “If 99% of us voted, it wouldn’t matter how much the 1% spent on elections.”) – chances are they wouldn’t have any response at all. They’d just stare blindly at the explanation, unable to incorporate it into the internal logic of their perverse model of the world.

What is evident to me is that angry rhetoric does not take us very far. Denouncing every establishment politician being a shill for Wall Street helps no one. We could get rid of capitalism, but that wouldn’t produce a better world, it would just produce confusion and violence. Democracy requires persuasive language to function, and capitalism needs democracy if it is to have any hope of being sustainable. Populist rage, either from the left or the right, is useless. It is folly to expect democratic governance to affirm any one person’s narrow views – it always involves coalitions and compromises. The question is, do we still want to participate in the democratic process? Or is it time to smash the system?

Besides writing a blog, I also teach, farm, cook, and play music. I live in the Illinois River Valley with my partner, Molly Breslin, who sometimes posts stuff at breslinfarms.com View more posts